To give a sense of scale, we pull back to reveal a wide shot of one of the stone perimeter walls of the army garrison, as our hero flies off towards the rugged mountain terrain of South Armagh, Northern Ireland, where the British army watch towers are being dismantled and removed.

This shot was taken after we had returned from filming photographer Donovan Wylie at work on the mountain tops, and was set within the edit in the appropriate place – as part of our video production work for the London based client. 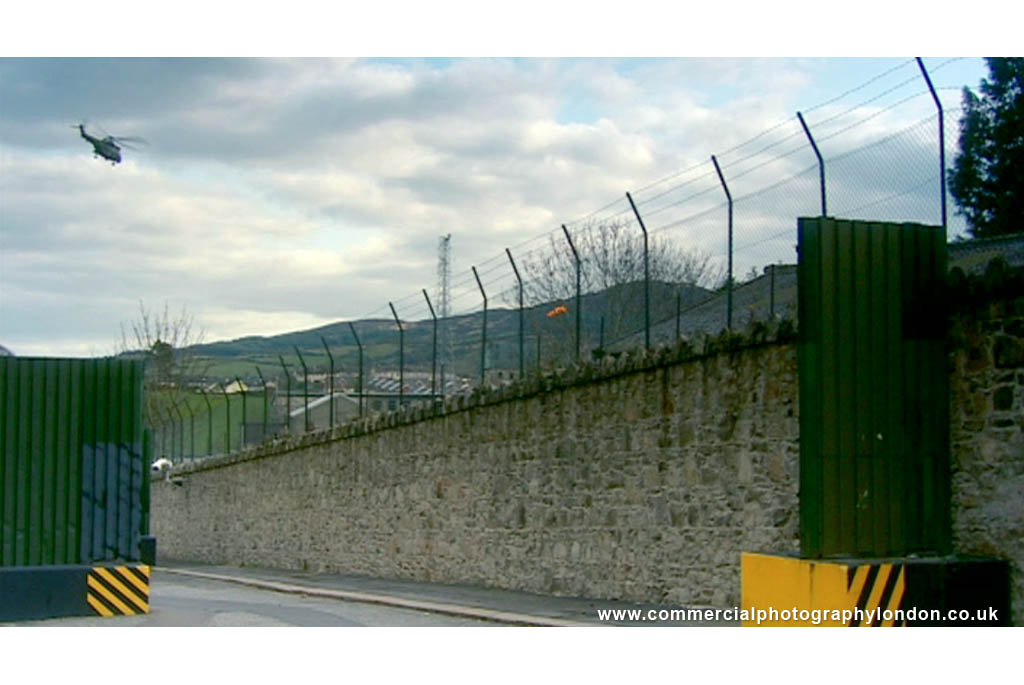