Going now to a wide shot, we see the space within and outside the Puma helicopter, as Magnum photographer Donovan Wylie goes about his work, accompanied by all the helicopter’s crew. While it is a large vehicle from the outside, we can see by the closeness of the window on the other side of the aircraft that the helicopter is quite narrow.

This view footage also allows us to compare the amount of safety equipment used by the helicopter crew member, compared with the limited amount used by Donovan Wylie (to allow him free access to manoeuvre his camera equipment to get the best shots). 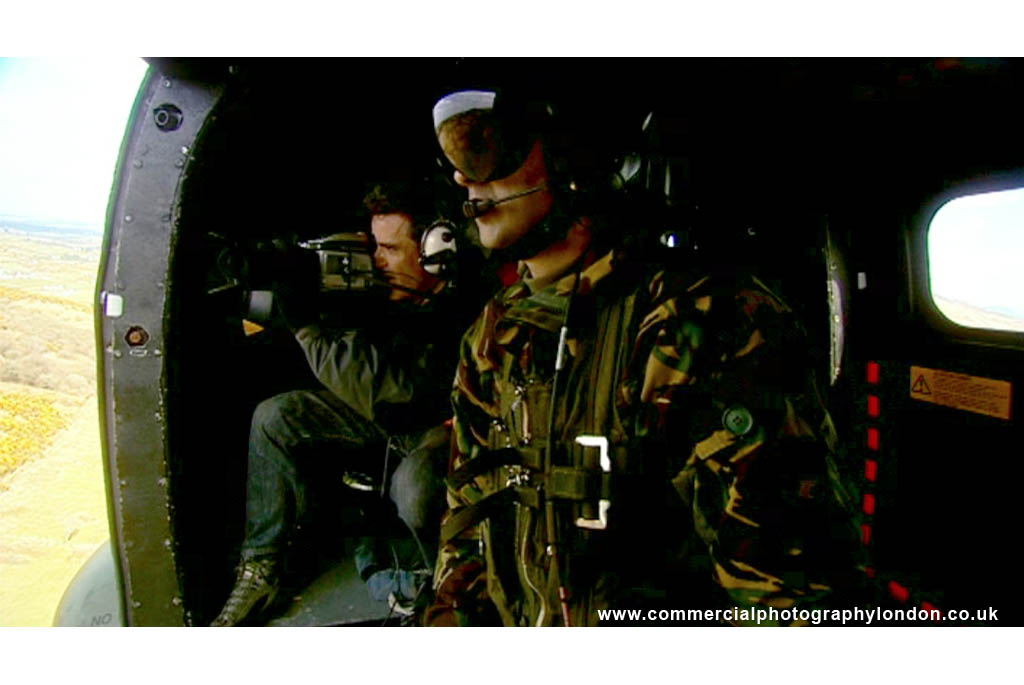