Cutting to a medium shot of photographer Donovan Wylie, we filmed the excitement and anticipation in his eyes, as he scans the landscape below, while being flown above the mountain tops in Northern Ireland’s South Armagh, and towards the first of the watch towers he will land at and photograph.

We can also hear him talk to the helicopter pilot as he tells the pilot where he needs to fly above to get the shot she wants. This was done by connecting our sound recording equipment directly into the helicopter crews intercom system – resulting in an extra audio dynamic within the final video production. 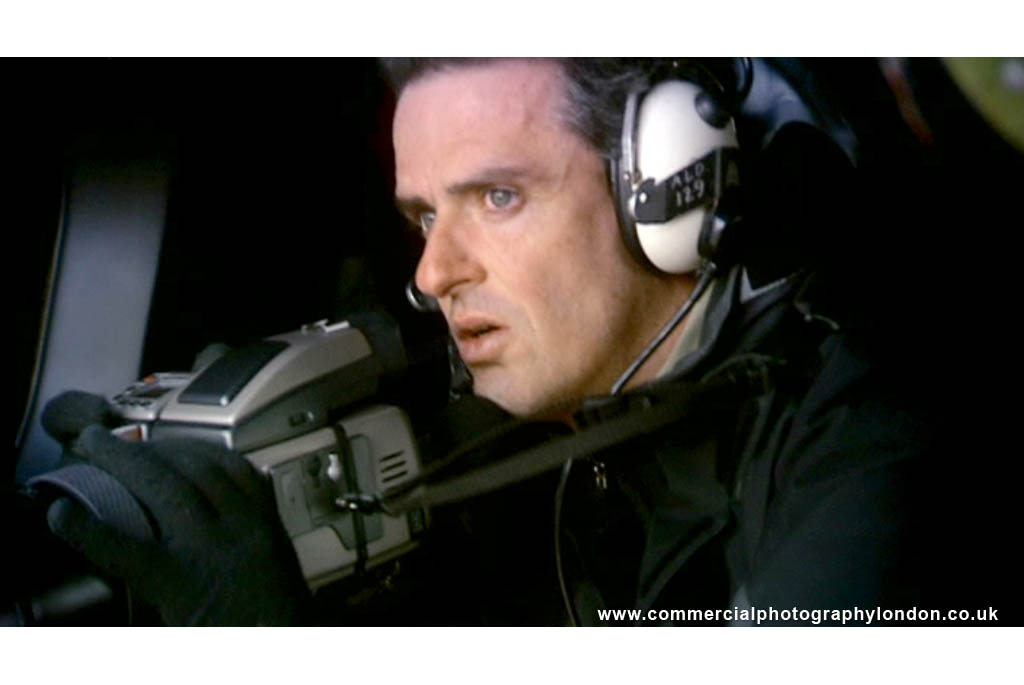