For the final shot, we look up from the ground he was filming as we see photographer Donovan Wylie’s Puma helicopter move into the distance, against a dramatic backdrop of the Irish landscape and skies. Leaving us to connect with the landscape that, until now, we had only seen from afar.

The video productions edit now takes away from location filming and to a talking head interview scenario, where Magnum photographer Donovan Wylie talks more about the reasons why he works as he does, how it affects him, those who work with him and those who view his work. 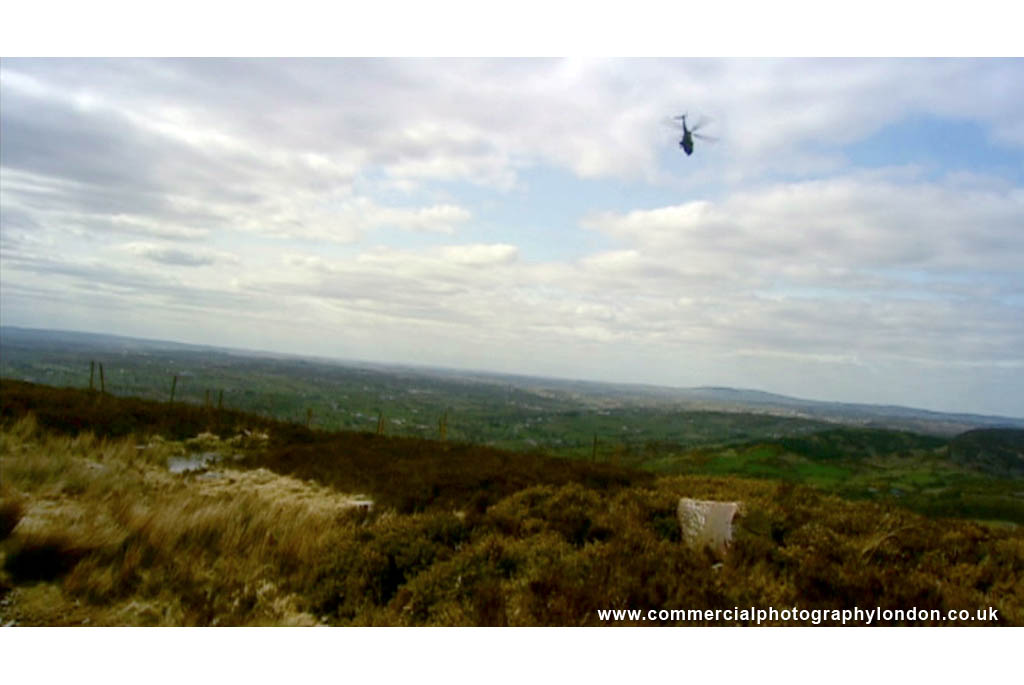