On a tight shot now, we see that Donovan Wylie is not alone, but accompanied by a member of the helicopter’s crew, whose visor creatively reflects that outside of the Puma helicopter in which they are travelling. We now realise that Wylie, the pilot and this crew member are all communicating via the helicopter’s electronic communications system (while not shown as a still image, we also filmed the pilot and navigator at work within the helicopters cabin area to give a better sense of all activity within the aircraft). 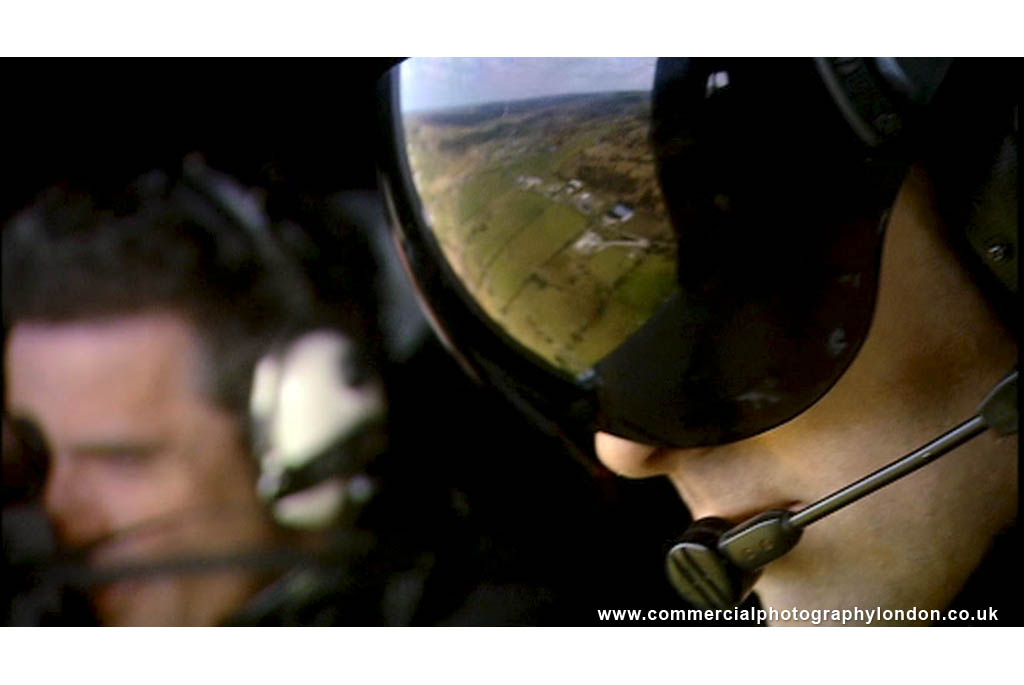