Moving to a wide shot, we filmed photographer Donovan Wylie within the confines of his airborne transport, as he photographs the scenes below as the helicopter moves towards its destination, high above rugged mountain terrain in South Armagh, Northern Ireland.

This shot also reveals the fact that the helicopter door was open for the whole duration of the flight, allowing Wylie clear and unobstructed views of his subject matter at all times during aerial filming for this particular video production. 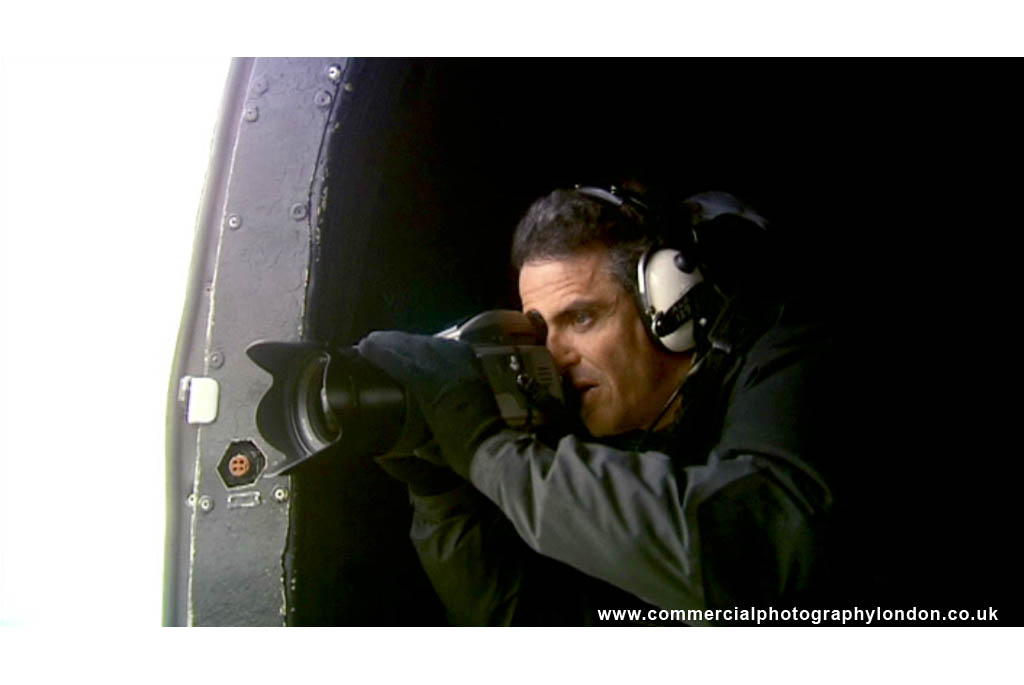