Still hearing the chatter as Wylie shouts to be heard as he continues to direct the helicopter pilot above the noise of the Puma’s engines, we cut to a wide shot of a Chinook helicopter as it drops supplies at an isolated British Army lookout post on the South Armagh hilltops, as the Puma helicopter carrying Wylie circles above the Northern Irish countryside.

Filming hand held with the door off the helicopter proved to be our cameraman’s workout for the day, on this video shoot for BBC Worldwide. 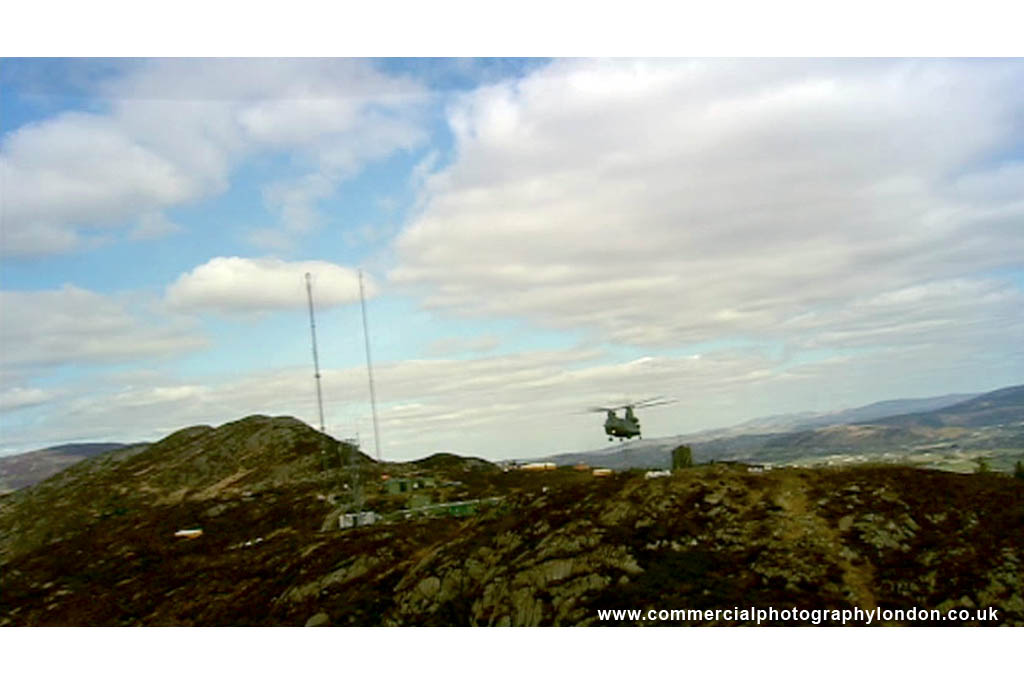